In Conversation: Swagger and Tenderness 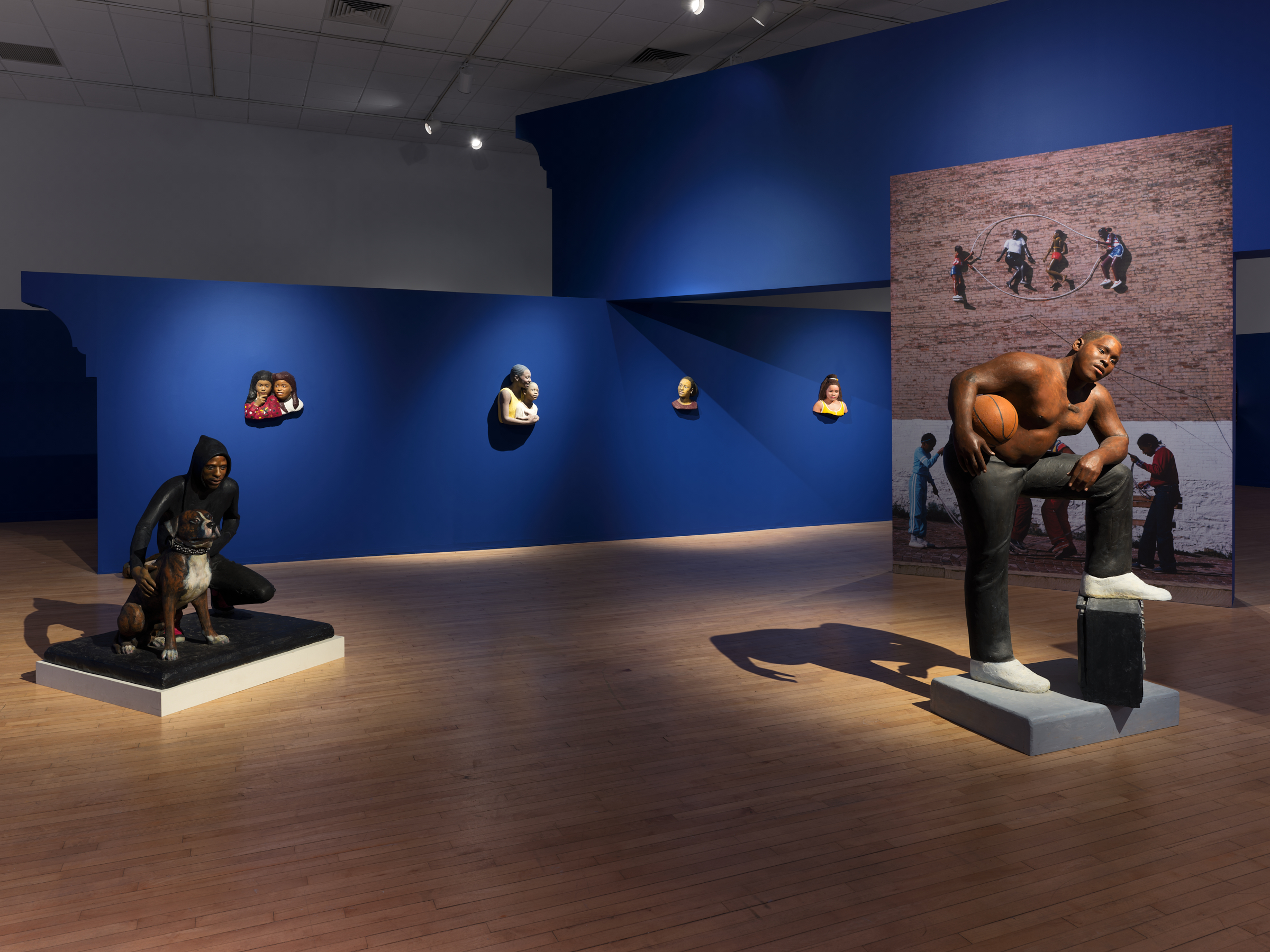 John Ahearn and Rigoberto Torres seek to address the very people they engage in their life casting process. They began working together at Fashion Moda in 1979 with the “South Bronx Hall of Fame” project. Ahearn was inspired by the 1950’s Mosaic Murals at the University of Mexico, the fiberglass “horror” figures at Coney Island, and provincial plaster Catholic church icons. Torres had worked in his uncle Raul’s Bronx statuary factory, where his family produced inexpensive painted plasters for local homes and Botanicas . During the 80’s the artists maintained neighborhood life casting workshops and created several permanent fiberglass murals featuring local residents. Since then they have created sculpture murals in the Netherlands, Baltimore, Taiwan, Puerto Rico, and Brazil. Recently they have installed many modest sculpture works publicly in the Bronx and Florida. John Ahearn and Rigoberto Torres are represented by the Alexander and Bonin Gallery and Charlie James Gallery in LA.

Ron Kavanaugh is a literary activist and executive director of the Literary Freedom Project, a Bronx-based arts organization that believes cultural identity is a fundamental cornerstone in the development of smart, creative, and engaged communities. Born and raised in the Bronx, Kavanaugh has worked with numerous arts organizations, including The Bronx Museum of the Arts, Bronx Council on the Arts, and En Foco, Inc. As founding director of the Literary Freedom Project, he oversees the discussion group One Book One Bronx, the Mosaic Literary Conference, and Mosaic magazine.

Antonio Sergio Bessa is the Chief Curator Emeritus at The Bronx Museum.