José Parlá: It’s Yours will be the first solo museum exhibition of the internationally renowned artist in New York City. The new paintings evoke the artist’s personal connection to the Bronx, as well as the borough’s influence, which have helped to shape how Parlá views painting history and cities around the world. José Parlá: It’s Yours is organized by guest curator Manon Slome.

While celebrating Parlá’s roots in the hip-hop energy of the Bronx, this series of paintings address the suffering caused by redlining policies, the waves of displacement imposed by gentrification, and structural racism. It’s Yours encourages viewers to question ownership in New York’s rapidly changing neighborhoods.

Parlá’s work is deeply connected to experimentation and innovation to conjure complex memory abstractions as he challenges traditional painting methods. The rich building up of surface and Parlá’s signature gestural line resemble the layers of city walls, reflecting the movement and textures of neighborhoods, the marks and traces people leave behind, and the energy and challenges of the streets. In addition to large-scale paintings in the museum’s gallery, the exhibition features Parlá’s sketchbooks and drawings from age ten to seventeen as well as site specific responses in the lobby and outdoors that seek to integrate the museum with the city.

Born in Miami to Cuban parents, Parlá began painting on walls in Miami at ten years old, signing his work with the nickname “Ease.” Supporting himself by designing album covers and concert fliers for hip-hop artists, he moved to the Bronx after studying painting at the Savannah College of Art & Design and Miami Dade College: New World School of the Arts. The title of the exhibition, It’s Yours, is borrowed from a song by the influential Bronx rapper T La Rock, who assured his fans that his work would continue to be about and for them no matter what. In a similar manner, Parlá acknowledges the powerful forces that shaped him as an artist and offers this work back to the Bronx in tribute: It’s Yours.

The exhibition is curated by Manon Slome Co-Founder and Board President of No Longer Empty where she is Curator at Large. Slome’s curatorial work has a keen curatorial imperative to further arts for communities beyond institutional confines and to make art accessible to all.  She has been working  with the José Parlá for over fifteen years

A fully integrated and multi-disciplined program for youth and families will be developed alongside the exhibition to reflect the rich cultural diversity of the Bronx and its many influences on Parlà’s work. The artist will also work with the museum’s after school programs to develop a mural on a plot adjacent to the museum. A catalogue by Damiani Editore will be produced in conjunction with the exhibition.  Craig Dykers from Architecture and design firm Snøhetta will collaborate with José Parlá and Manon Slome on the exhibition design, and Ghetto Gastro will design a special menu for the opening of the exhibition. 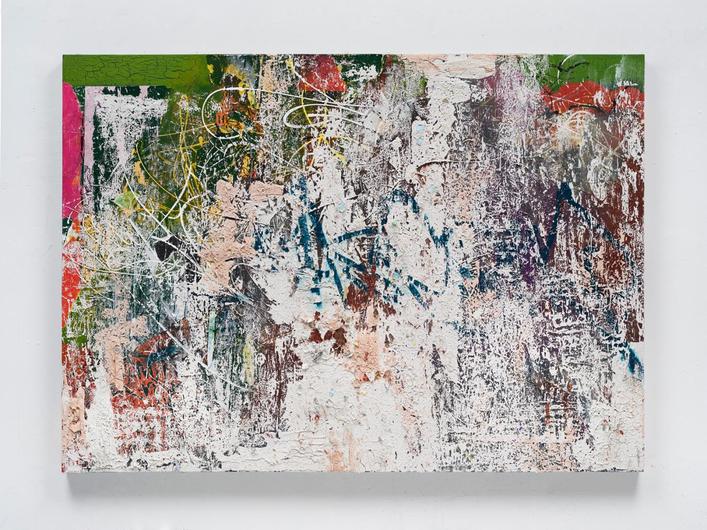 José Parlá has emerged in the past decade as one of his generation’s most fervent champions of painting, working for more than twenty years to establish a style of painting that transforms the language of the street into a hybrid form of abstraction and urban realism. From the outset, Parlá has sought to interpret his experience of cities that have served as cross-roads in his life, from Miami to Brooklyn, San Juan to Havana, London to Tokyo, and Istanbul to Hong Kong as a central theme in his work, while purposefully engaging with the rich history of painting since the rise of abstraction in the 1950s. His work provides markers of time and is about the accumulation of information that settles like accretions upon the surfaces of walls and streets, and in the lines on the hands and faces of the people who inhabit them.

Parlá is publicly known for his permanent installations of large-scale paintings. In 2015 he painted the monumental mural ONE: Union of the Senses in the lobby of One World Trade Center.[2][3] Other notable mural projects include Nature of Language at the James B. Hunt Jr. Library at North Carolina State University, the mural Diary of Brooklyn at the Barclays Center (2013), and Amistad América at The University of Texas at Austin (2018).

Parlá has exhibited worldwide and collaborated with artists from various countries. In 2012, José worked with French artist JR on a piece titled Wrinkles of the City: Havana, Cuba a project, which in the same year was selected to be in the 11th Havana Biennial. As part of the collaboration, Parlá and JR co-directed a documentary by the same title that was awarded the Grand Prize for Documentary Short and Best U.S. Premiere Documentary Short in 2013.

Upcoming and current José Parlá exhibitions include Isthmus (Sept 9, 2019) at Istanbul 74′ gallery selected as a parallel project of the 16th Istanbul Biennial of the Istanbul Foundation for Culture and Arts; Textures of Memory concurrently at the Hong Kong Contemporary Art (HOCA) Foundation and Ben Brown Fine Arts Hong Kong curated by Dieter Buchhart, (Sept 17) and It’s Yours (Feb 26, 2020) at The Bronx Museum of the Arts, New York City.

Manon Slome (Ph.D.) is the Chief Curator of No Longer Empty. From 2002 to June 2008 she was the Chief Curator of the Chelsea Art Museum in New York. During that time, she curated and oversaw a program of some 40 exhibitions, symposia, and museum publications as well as monographs and scholarly essays. Ms. Slome became highly involved with the Israeli art scene during her research for the exhibition, Such Stuff as Dreams are Made on (2005), and has followed and researched the Israeli scene for the last three years. Prior to the CAM, Ms. Slome worked as a curator at the Guggenheim Museum for seven years and was a holder of a Helena Rubinstein curatorial fellowship at the Whitney Independent Study program. She has written and lectured widely on contemporary art.